Anniversary of 10 years of the Gueules Rouges museum 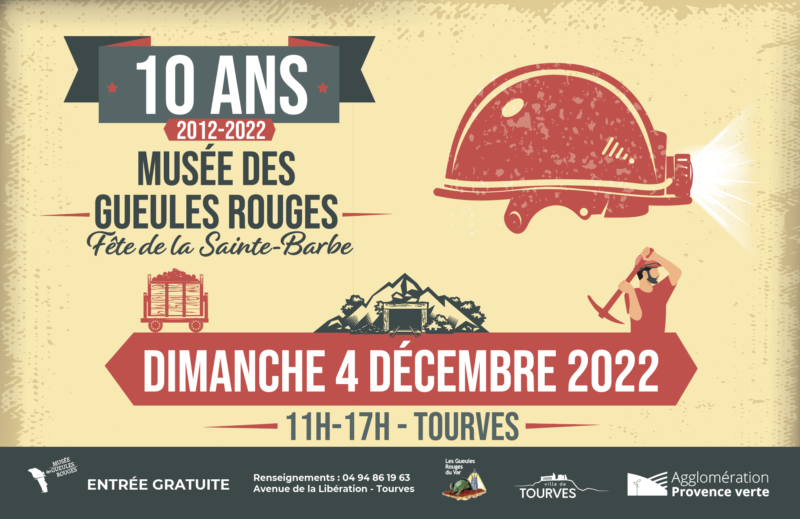 In 2012, the museum opened to the public after an incredible human adventure.

On Sunday 4 december 2022, on the occasion of Saint Barbara, patron saint of miners, the museum celebrates the 10 years of its opening.

Back to the birth of the museum

In 1989, when the last bauxite mines close, historical associations are mobilizing to work on the study and conservation of this activity which lasted about a century in the bignolais basin. In parallel, minors, grouped into an association also work to preserve the material traces of their former trades.

“In the manner of Fabergé” – Workshops for 1999, all partners, researchers, local authorities and former miners, set up a preliminary project. Under the impetus of the municipality of Tourves, it is proposed to rehabilitate the old cooperative cellar of the town and to install a museum there.

“In the manner of Fabergé” – Workshops for 2006, studies begin and 2008, the first works are launched. At the end of 2 years old, when the major work is finished, a dramatic fire delays the opening schedule.

A modern and innovative museography is installed in the various spaces of the building and the association of Gueules Rouges du Var takes a very active part in the reconstruction of the gallery..

In 2012, the museum is inaugurated and has a significant impact in the region ; it naturally finds its place in the most frequented museums of the department.

Currently managed by the Provence Verte Agglomeration, the Museum of the Gueules Rouges, unique by its subject evoked, retrace, along a playful visit, the history of bauxite mining in the Var. Free visit, thanks to interactive terminals, we discover the origin of bauxite, the techniques of transformation of this ore into aluminium and the contemporary uses of this metal.

Accompanied by a tour guide, the public plunges into the heart of the life of the miners and walks through the reconstructed mine gallery.

This cultural place is a strong marker of the territory. Both as a place of collective memory for the inhabitants of the territory, many of whom have minors in their families, but also for visitors who discover this rich past.

The museum is a living place, open to the territory, welcoming all audiences. He is also a formidable transmitter of this memory. The museum team, works very efficiently every day at reception, the animation and the conservation of the memory and the collections which are there.

The association of Gueules Rouges du Var maintains this memory and the state of mind that allowed the opening and the life of the museum. Through its action throughout the year, the association allows a privileged meeting between visitors and former miners. It also implements numerous actions to continue to maintain the memory of bauxite mining..

During these 10 years, the museum has hosted a number of temporary exhibitions and artists.

Here is the program of this exceptional event, from 11 a.m. : 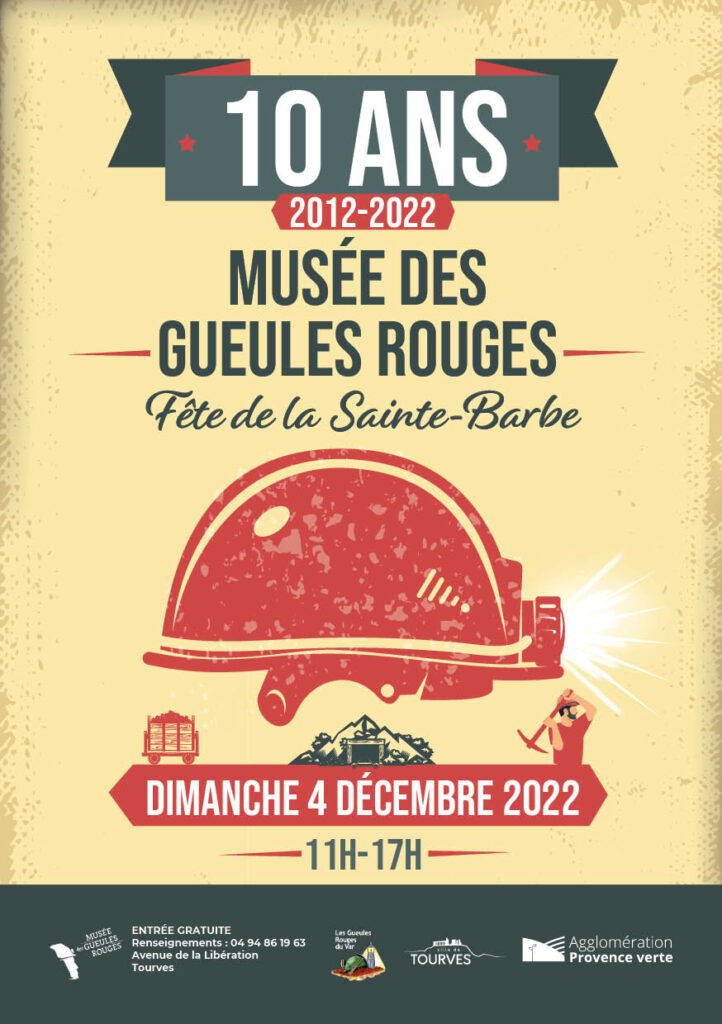 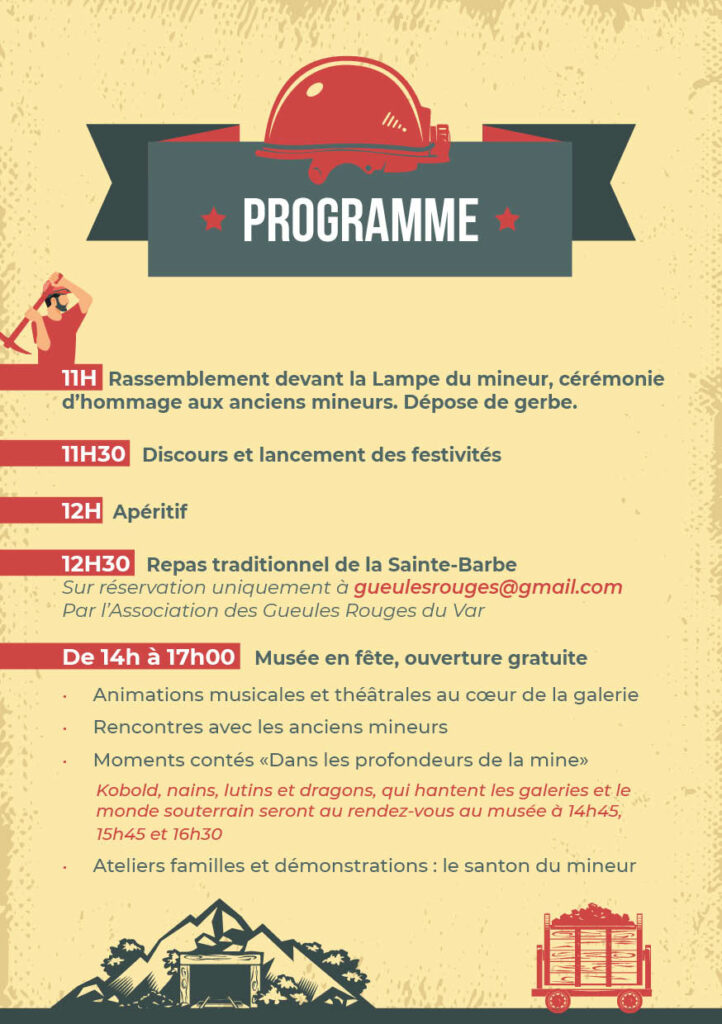